What is the gamut of emotions that you feel when you are bang in the middle of this humongous traffic jam in Connaught Place and there is a train you’ve to catch in 20 minutes?

Monday it was and as usual I hadn't put in anything into my bags on the weekend. Copious amounts of prodding from my mother had just led me to stack a pair of clothes that I intended to carry with me. Some packing, some fretting, a heavy lunch, a little more fretting, a little more packing and a lazy siesta later it was 3.15.

There was stuff to be copied from my computer onto my laptop, books to be packed in, clothes to be stuffed, lunch to be had, packed dinner to be taken along and mid-afternoon CP traffic to be negotiated. We had planned to leave for the station at 3.30. But the darn 'Copying..' popup on the computer was showing 30 mins. 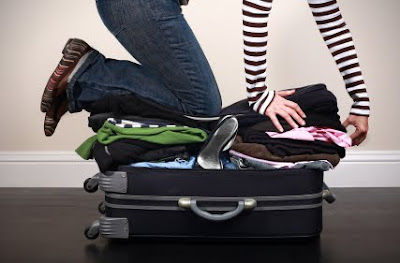 Ok. I could get everything ready by that time. In the next 5 mins, I stuffed in whatever I could from my stack of 'clothes to be carried', threw in a dozen books and did the icing with some toiletries that I needed. Sad, that the coming 10 mins had to be me jumping on the stuffing so that the luggage could be zipped up. Ran to the bathroom, came running out. There was a cat there. A cat ? What was she doing there ... Wildlife running askew in the household. Must be the smell from the T-shirt that I spilled milk on. Bah!
Had to scare the poor girl away. Not today sweetie.. I have a train to catch..!

Apparently my PC in all its wisdom had thought of running faster today, so it was done in 20 mins. I stuffed my laptop in, tagged my bag along, rolled up the chappati, bowed to the deity and rushed out of the house. 15 mins later we were entering Janpath. Not bad I thought. Its 3.50. Another 10 mins and we would be at the station. 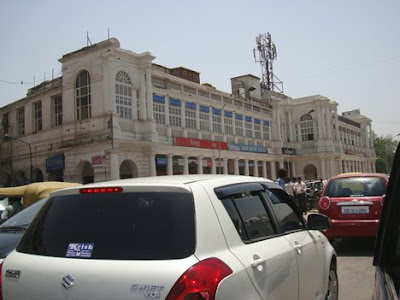 But the traffic just wouldn't budge. We were in the Outer circle and the CWG construction seemed to be the reason for this non-negotiable hold-up. Calm down.. calm down .. another 5 mins.. atleast the traffic is moving.

I looked out of the window at the plethora of cars all lined up in perfect symmetry honking and blaring red lights at the same time.
I had wanted to go to Cal in the sleeper class. That's what an actual train journey is supposed to be. Not the comfort of the 3AC coach. You don't know you're traveling in a train unless you get your nostrils filled with fresh air and dust from 5 odd states. Plus no Rajdhani for me this time. They always travel the night shift so you don't get to see outside the window like a 10 year old with your mouth wide open admiring the people and the places as they go by and you're at your destination when you get up in the morning. Useless! I was in no hurry to reach my destination. I had booked the Poorva since it was the fastest Express train and arrived in Cal at a decent time.

The horn blared unsympathetically one more time!
Go .. Go.. Go.. ! But the Swift in front of us just wouldn't move. Oh.. Its red again. It was 4.10 already. We are never going to make it on time. We were close to Chelmsford Road. We would run towards the station from the outer circle and enter from the Paharganj Side. My mother stayed in the car while Dad and I took out the luggage from the trunk and started hopping around the slow-paced cars. We reached Chelmsford road, hopped onto a rickshaw and reached the station . 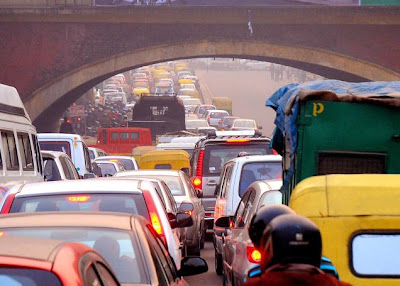 5 mins to go.
Before running up the stairs, we managed to steal a glance at the big screen to see which platform to dash for. The weight of the bag was taking its toll now, I was beginning to pant. We paused for a moment amongst coolies and harried passengers getting in and out of the station. There it was. The Poorva Express parked majestically on the platform. We ran down the stairs of the foot-over-bridge and tried to locate my coach. Amidst a hurl of abuses, I squeezed out of a rank of people lined-up, waiting to get into the General compartment of the next train.

And I was in. Located my seat. Sat down. Both my Dad and I were sweating and panting. There were curious glances from fellow passengers, but we were both smiling.
We had just hopped around 2 dozen cars, chariot raced a Rickshaw on the Chelmsford road like Roman warriors, and carried 35 kg of luggage while dashing through a jamboree of people.
It was 4.20. The train gave a nasty jolt, unhappy at being woken up from its slumber. I bid goodbye to my dad.

This was going to be some adventure!